A couple of years ago Pete Kennedy, the MS/HS principal of UNIS Hanoi, told me he was worried about the kids.

“We give them all these machines and assume that they can pick them up and use them. How much time do we spend teaching them to use their computers?”

Anyone who has worked at a 1 to 1 school, where all kids above a certain age have a computer, knows something about tech controversies like this one. First it was the question of whether kids should learn technology in a computer lab or as part of their classroom subjects. Next it was how do we address the problems that arise from student tech use, such as digital distraction and cyberbullying? Then, how can teachers find the class time and develop skills to be able to develop these skills effectively?

Perhaps the simplest way to put it would be: Now what?

Ever since Mr. Kennedy came to me I’ve been thinking about these questions and working to develop a conceptual framework to make sense of them as well as systems and curricula to address them. This work has centered around the concepts of digital citizenship and digital literacy.

“the silver bullet that will solve all of our tech problems if only we had more of it.”

This idea is as nonsensical as the statement:

“if only we had a stronger citizenship curriculum at our school all of our students’ real world problems would go away.”

Citizenship is a concept with historical and linguistic roots in Greece and Rome. In his book Citizenship: the History of an Idea, Paul Magnette begins his account with the Greek term politeia (citizenship), derived from the terms politis (citizen) and polis (city). That is, the polis shaped the identity of those who lived in it, and politeia was associated with active engagement with the politics of the polis. 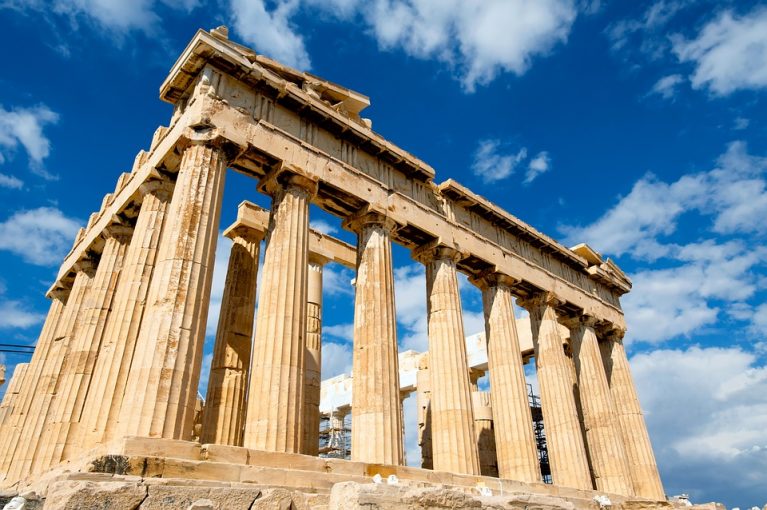 In contrast, the word citizenship comes from the Latin civitas, derived from civis (citizen). It was defined by Cicero as “concilium coetusque hominum jure sociati”: the social body of citizens united by law (Smith, 1859).

Because the foundation was the civis, the citizen, it was possible to conceive of citizens of Rome that lived throughout the world but were united by Roman political, legal, and social life. In modern times, we talk about citizenship as the rights and responsibilities that we have as part of a group. In democracies, this often means becoming involved with the political process and being an informed voter, obeying the laws, and treating the community with respect.

In a digital context, however, citizenship takes on a somewhat different meaning. Just as citizenship deals with the relationships between citizens, digital citizenship focuses on technologies that connect us with one another, i.e. the internet. However, there is no uniformity in law related to the internet; all we have are conflicting laws from different countries and individual agreements created by websites and organizations. Due to the decentralized nature of the internet, rights and responsibilities are often negotiated autonomously by individuals. Because of this autonomy,

digital citizenship is best understood as the ethical dimension of digital life.

In contrast, the term digital literacy usually refers to types of skills. The word literate comes from the Latin literatus and refers to someone who knows the letters; that is, someone who has a fluency in reading and writing. However, in the past century literacy has grown as a concept to include media literacy, information literacy, and more.

In their declaration on media education from Grunwald in 1982, UNESCO stated that “Rather than condemn or endorse the undoubted power of the media, we need to accept their significant impact and penetration throughout the world as an established fact, and also appreciate their importance as an element of culture in today’s world.” UNESCO went on to advocate education that included “analysis of media products, the use of media as means of creative expression, and effective use of and participation in available media channels.”

The idea of media literacy was expanded to information in general a few years later. According to the American Library Association’s Presidential Committee on Information Literacy (1989),

“To be information literate, a person must be able to recognize when information is needed and have the ability to locate, evaluate, and use effectively the needed information… There exists a need for better thinkers, problem solvers, and inquirers. There are calls for computer literacy, civic literacy, global literacy, and cultural literacy. Because we have been hit by a tidal wave of information, what used to suffice as literacy no longer suffices.”

The concept of literacies developed further in 1996 when a group of ten scholars known as the New London Group published a “Pedagogy of Multiliteracies” in the Harvard Education Review. They argued that “the multiplicity of communications channels and increasing cultural and linguistic diversity in the world today call for a much broader view of literacy than portrayed by traditional language-based approaches.” They focused on what is now called multimodal communication, such as linguistic, visual, audio, gestural, and spatial modalities. During this time there was also an increasing focus on the way that literacy is also a social phenomenon.

The concept of literacy has caught hold in the new context of the digital world. In their book Understanding Digital Literacies, Jones and Hafner argue that  “’digital literacies’ involve not just being able to ’operate’ tools like computers and mobile phones, but also the ability to adapt the affordances and constraints of these tools to particular circumstances.” At Cornell University, digital literacy is defined as “the ability to find, evaluate, utilize, share, and create content using information technologies and the Internet.” Marijke Visser from the ALA has a similar definition: “the ability to use information and communication technologies to find, evaluate, create, and communicate information, requiring both cognitive and technical skills.”

All of these definitions of literacy focus on skills rather than ethical awareness, and for this reason

digital literacy can be understood most simply as efficient and effective use of technology.

The range of verbs with which one does things with technology will vary, but the focus on skillful use (ie. efficiency and effectiveness) is consistent.

“Whenever the people are well-informed, they can be trusted with their own government”  (Thomas Jefferson)

While there is clearly a relationship between citizenship and literacy, both in the time of Jefferson and now, the nature of the relationship has often been obscured. Is digital literacy part of citizenship, vice versa, or are the two separate but related concepts?

According to Mike Ribble of digitalcitizenship.net, there are nine themes of digital citizenship, one of which is digital literacy. This is also the framework adopted by the International Society for Technology in Education (ISTE). On the other hand, groups like Concordia University include digital citizenship as a component of technology literacy, along with communication, collaboration, research and information fluency, creativity, and innovation.

Here at UNIS Hanoi, we think of them as distinct but related concepts. We have defined digital citizenship and literacy as follows:

In practical terms, this distinction has had real consequences for how the tech team at UNIS Hanoi thinks about our students’ digital needs.

As an IB World school, we have an existing framework of Approaches to Learning (ATL) Skills which include Communication, Social, Self-Management, Research, and Thinking. These skills match up closely with our digital literacy skills and provide a common language to use with teachers. In addition, certain topics that are often associated with Digital Citizenship can instead be linked within the ATL framework:

In terms of citizenship, we have taken the Common Sense Media Digital Citizenship Curriculum and begun adapting the lessons specifically for a 1:1 international school context. Most of these fit within our counseling curriculum as stand-alone lessons. Here we have specifically focused on strands that relate to ethical use: digital footprint & reputation; relationships & communication; cyberbullying & digital drama; internet safety, privacy & security; academic honesty; and self-image & identity.

We have developed the visual below to show the relationship between digital literacy and citizenship. In my next post in this series, I will go into more detail about how these conceptual frameworks are translating into actual lessons for students. 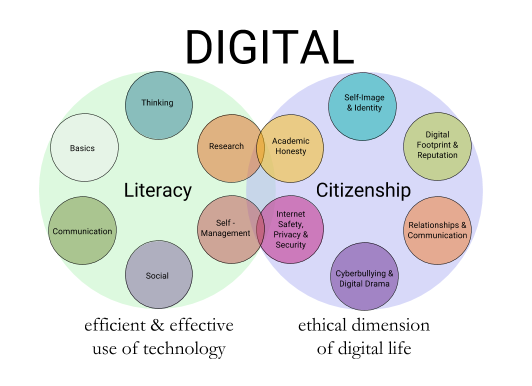 I am currently working as the MS/HS Technology Coordinator for the United Nations International School of Hanoi and try to help teachers use technology purposefully and creatively. My goals are to find ways to use technology to deepen learning, to engage students with authentic projects, and to bring a sense of excitement and wonder into education. Prior to this, I worked for six years in the United States teaching history, culture, music and technology at a small high school in Indiana called Harmony School. When I’m not working, I enjoy spending time with my wife and daughter, traveling, training martial arts, and playing music.

Please complete this form to register interest and we’ll be in touch!