John Burns Brings the Power of Scale to Creativity and Innovation 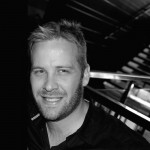 I think we all agree creativity is good.
I think most of us agree that innovation is good.
Only a few of us might think think the idea of an administrator whose title is Director of Creativity and Innovation is good.
My talk with John Burns today will likely take the skeptic to that role and convert them into a fan, if not a fanboy. ;­)
John is the former Director of Learning Innovation at Shekou International School in southern China where he led a team of coaches to bring contemporary teaching and learning practices to the school. His new role, Director of Creativity and Innovation for International School Services (ISS) means John is charged with scaling that innovation to other schools in the region and, hopefully, around the world. John shares his thoughts (secrets) on contemporary teaching methods, recognizing and encouraging top pedagogical practices, deprivatizing classroom innovations and how to scale all this within a larger organization.

John is the Director of Creativity & Innovation at International Schools Services (ISS). He previously worked for Shekou International School where he focused on scaling innovation in teaching and learning. He’s also worked at Apple where he led schools and jurisdictions through transformational learning and has created apps featured in TV advertisements worldwide.